On Saturday, April 24, the Bard College Dance Program presents A Celebration of Aileen Passloff (1931–2020). For over 40 years, Aileen Passloff was the L. May Hawver and Wallace Benjamin Flint Professor of Dance at Bard, in addition to her numerous contributions to the field of dance. In celebration of her life and work, Passloff’s former students Arthur Aviles ’87, Charlotte Hendrickson ’07, and EmmaGrace Skove-Epes ’08 will give tribute performances. 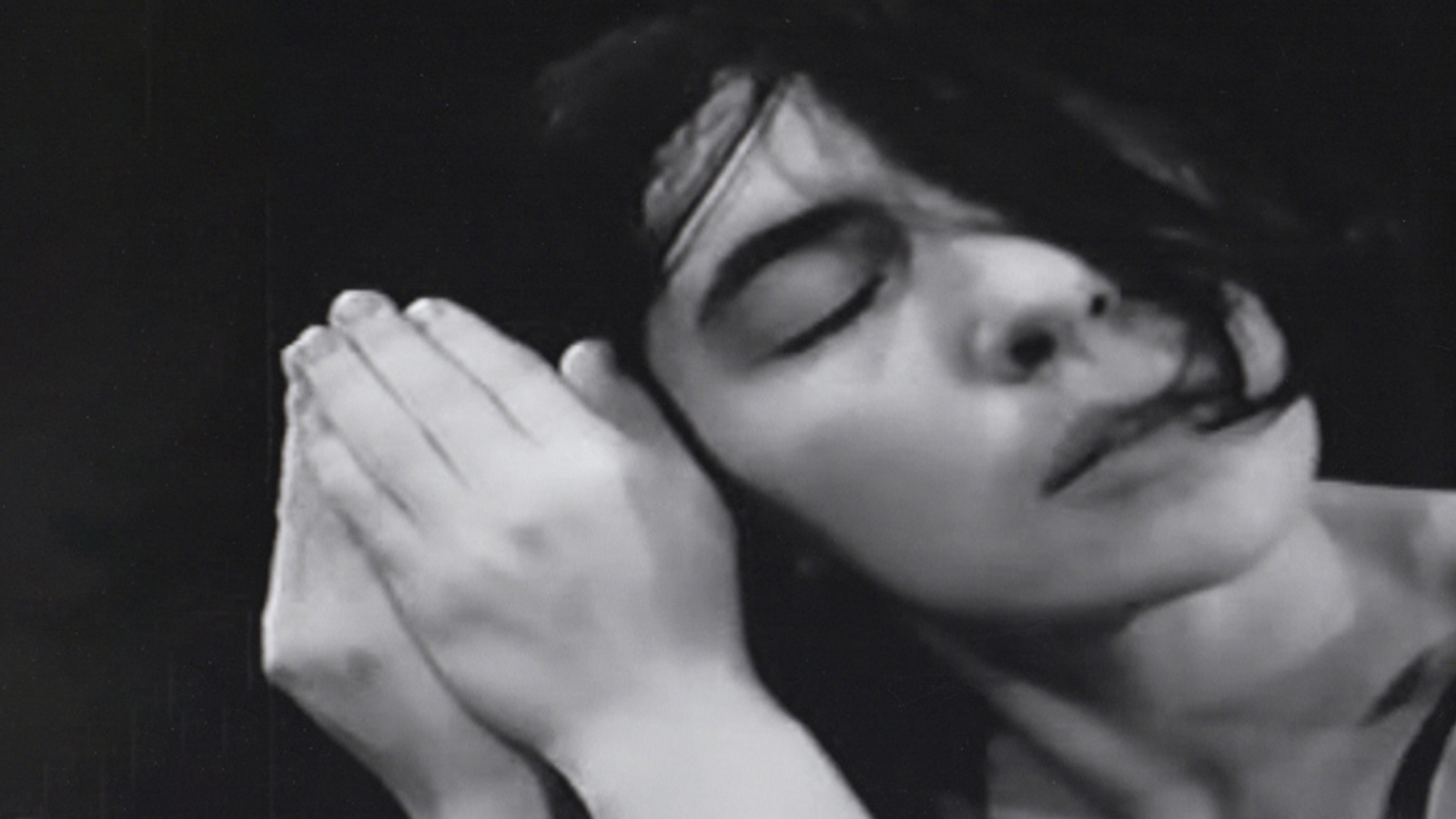 On Saturday, April 24, the Bard College Dance Program presents A Celebration of Aileen Passloff (1931–2020). For over 40 years, Aileen Passloff was the L. May Hawver and Wallace Benjamin Flint Professor of Dance at Bard, in addition to her numerous contributions to the field of dance. In celebration of her life and work, Passloff’s former students Arthur Aviles ’87, Charlotte Hendrickson ’07, and EmmaGrace Skove-Epes ’08 will give tribute performances.

“I was strong and tireless and full of passion and loved dancing as deeply as one could ever love anything.”—Aileen Passloff

The free, live-streamed event takes place at 4 p.m. and will feature guest speakers, as well as pre-recorded messages and video archives of Aileen’s work. The celebration is presented in collaboration with the Fisher Center at Bard, the President’s Office, the Dean’s Office, and the Office of Development and Alumni/ae Affairs. For more information and to watch, please visit the Fisher Center’s virtual stage, UPSTREAMING, by clicking here.

“I am thrilled to help to create an event to celebrate my mentor and inspiration, Aileen Passloff,” said Bard Professor of Dance Jean Churchil. “All of my work in the dance studio, as a teacher and as a choreographer, is informed by her passion for the arts, and I know that I am only one of so very many people. By her example, she taught us to understand that the arts are essential to our lives. She taught many aspiring artists to understand that to try to make art is to try to make a profound difference in the world. For Aileen, and for many of us whose lives were enriched by her, to try to make art is to discover, to uncover, and to cultivate the courage to be fully alive.”

Aileen Passloff, Professor of Dance at Bard College for over four decades, was born in New York City in 1931. She began performing professionally at the age of 14 for the renowned modern dance choreographer James Waring, and was passionately committed to the art of the dance for 67 more years. Whether it was ballet, experimental dance, or “dance theater,” Aileen was devoted to learning more about the art of the body moving through space; she continued to dance and to choreograph until her death in November, 2020.

Passloff studied dance at Bennington College; she then led her own company for ten years in New York City. During her performing career she danced with, amongst others, Katherine Litz, Toby Armour and Remy Charlip. She also developed a passion for the art of Flamenco, which prompted her to travel annually to Spain to study. Recently, she appeared in two films by Marta Renzi: “Her Magnum Opus” (2017), in which Passloff portrays the beloved teacher of a group of artists, and a short documentary, “Arthur & Aileen” (2012).

As a beloved teacher of many generations of Bard students and professional dancers, she continued to choreograph until the very last weeks of her life. The Celebration of Aileen Passloff will feature several recordings of her dances as well as live performances by three of her former students, Charlotte Hendrickson, EmmaGrace Skove-Epes, and Arthur Aviles. Other students of Aileen Passloff have included the choreographers Joanna Haigood, David Parker, Dusan Tynek, costume designer Liz Prince, and the director Ann Bogart.

The Bard College Dance Program is pleased to announce that Yebel Gallegos, a dance artist from El Paso, Texas, will be joining the Bard Dance Program faculty in fall 2021. Cameron McKinney and Alanna Morris-Van Tassel will be the spring 2021 Bard Dance Program/Gibney Partnership Teaching Fellows. 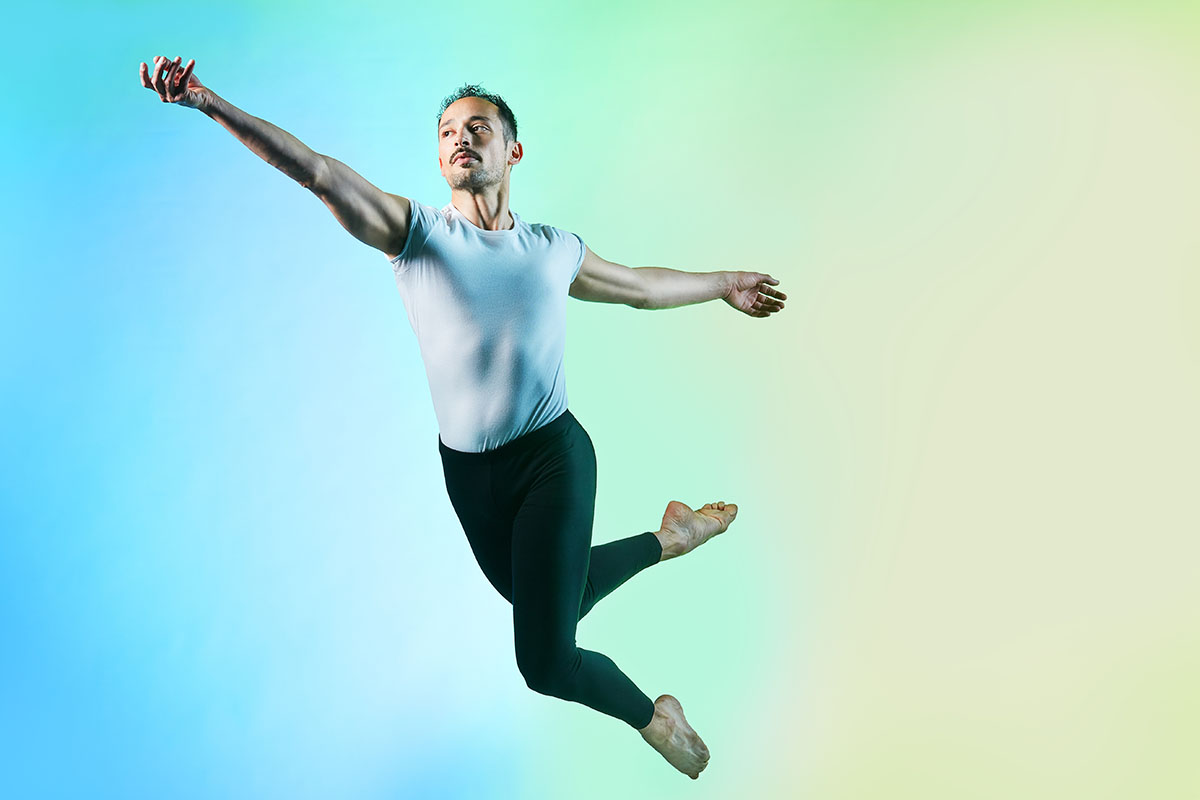 The Bard College Dance Program is pleased to announce that Yebel Gallegos, a dance artist from El Paso, Texas, will be joining the Bard Dance Program faculty in fall 2021.

“I am looking forward to Yebel joining the dance faculty at Bard,” said Maria Simpson, director of the Dance Program at Bard. “His accomplishments as an artist in the U.S. and Mexico and his research into the history of dance in Mexico through the lens of border politics, are a robust combination that I am certain will draw students to his courses and colleagues to collaborative projects.” 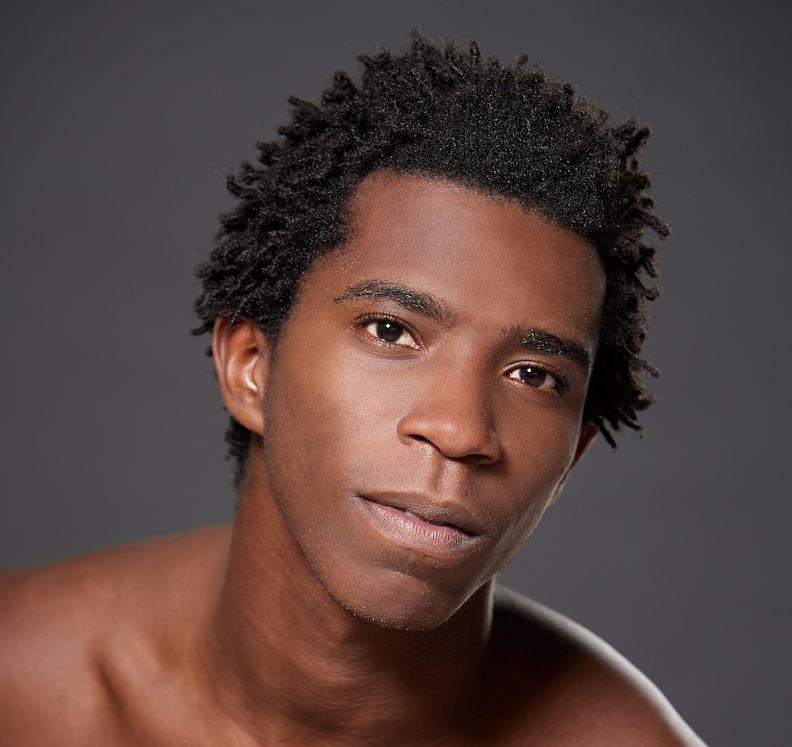 “We are very excited to have Cameron and Alanna on board for the spring semester,” said Simpson. “Each represents a unique and dynamic boundary-pushing point of view in their work in Dance and I am thrilled that the students will have the opportunity to work with them this spring.” 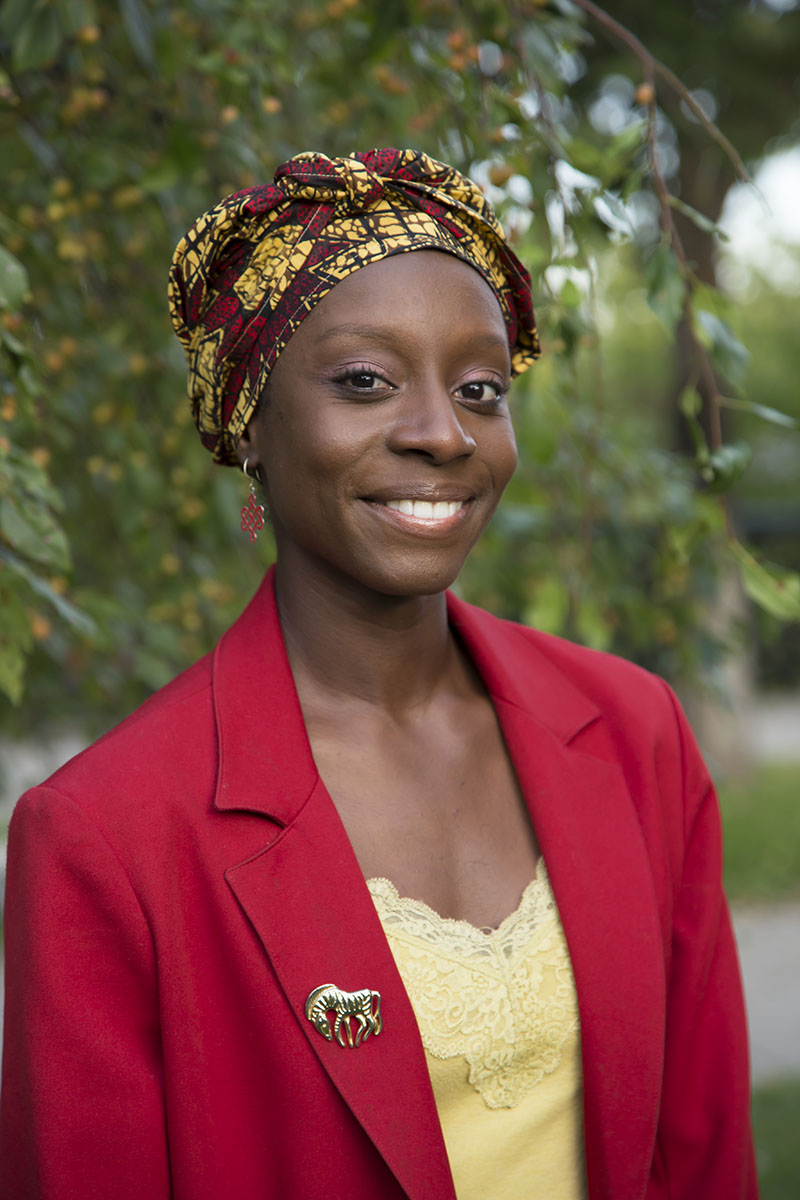 Alanna Morris-Van Tassel. Photo by Kari Mosel
Yebel Gallegos, a dance artist from El Paso, Texas, played an important role in the founding of Cressida Danza Contemporánea in Yucatán, Mexico. During his time in Cressida Danza he served as dancer, company teacher, rehearsal director, and academic coordinator for the Conservatorio de Danza de Yucatán. While in Mexico, he also helped in the creation and implementation of the Festival Yucatán Escénica, an international contemporary dance festival hosted by Cressida Danza. Yebel recently concluded a six-year tenure working full time with the Ririe-Woodbury Dance Company, based in Salt Lake City, Utah. While in Utah, he also involved himself in projects with local artists, as well as teaching various population groups in Utah and across the United States. He has performed work from artists such as; Twyla Tharp, Doug Varone, Ann Carlson, Daniel Charon, Stephen Koester, Netta Yerushalmy, Claudia LaVista, Joanna Kotze, Jonah Bokaer, among others. Yebel has had the fortune to travel internationally as a performer and educator to countries such as; South Korea, Mongolia, France, Austria, and Chile. He earned his BFA in dance, both from the University of Texas at Austin and from the Escuela Profesional de Danza de Mazatlán, directed by Delfos Dance Company. He currently resides in Seattle, WA, where he is expected to receive his Master in Fine Arts degree from the University of Washington in the Spring of 2021.

Cameron McKinney, the artistic director of Kizuna Dance, is a New York City-based choreographer and educator. With over 15 years of Japanese language study, he created Kizuna Dance with the mission of using contemporary floorwork to create works that celebrate the Japanese culture. He was recently selected as a 2019-20 U.S.-Japan Friendship Commission Creative Artist Fellow to collaborate with renowned Japanese choreographer Toru Shimazaki and present work in showcases in Japan alongside the 2020/2021 Tokyo Olympic Games’ events. He is a 2020 Ann & Weston Hicks Choreography Fellow at The School at Jacob’s Pillow (under the direction of Dianne McIntyre and Risa Steinbeirg), a 2017-18 Alvin Ailey Foundation New Directions Choreography Lab Fellow, and a 2018 Asian Cultural Council Individual Grantee. Through Kizuna Dance, Cameron has presented work and taught in fifteen states and in Japan, Mexico, France, and the UK. His commissions include Princeton University, twice from the Joffrey Ballet School, twice from the Let’s Dance International Frontiers Festival, The Dance Gallery Festival, LIU Brooklyn, CREATE:ART, The Thacher School, and SUNY Brockport, among numerous others. His teaching credits include Adjunct Lecturer positions at Princeton University and Queensborough Community College, and he has taught on faculty at Gibney Dance since 2016. He has also taught on faculty at the Joffrey Dance School, the Charlotte Dance Festival, the Tennessee Dance Festival, the Southern Vermont Dance Festival, and Williamsburg Movement and Arts Center. He is currently building Nagare Technique, a training module that blends street dance styles and contemporary floorwork. Through Kizuna Dance’s new Culture Commissions program, he also directly supports emerging artists through commissions for new works created through research-oriented explorations into the Japanese culture.

Brooklyn native and Saint Paul-based artist Alanna Morris-Van Tassel, is a dancer, choreographer, educator, and artist organizer whose work excavates cultural retention and fragmentation within Caribbean diasporic identity. Morris Van Tassel was named one of Dance Magazine's “25 to Watch!” for 2018 and City Pages’ Artist of the Year for 2018. She was a featured dancer with Minnesota-based dance company TU Dance (2007-2017), a TU Dance Artistic Associate (2020), and is a current advisor to Springboard Danse Montreal. Her self-produced solo project,“Yam, Potatoe an Fish!” was named Star Tribune’s Best of Dance (2018) and earned her City Pages’ Best Choreographer (2019).

Morris-Van Tassel is artistic director of Alanna Morris-Van Tassel Productions (AMVTP), founded in 2017 to produce dance, education, and community-building initiatives. She was a 2015 McKnight Dance Fellow. Morris-Van Tassel is a graduate of Fiorello H. LaGuardia High School of Music & Art and Performing Arts in New York City and holds a BFA in Dance from The Juilliard School. She is currently building a performance art project, Black Light, which explores the nobility of black-ness, divine feminine expression, and primordial creativity. alannamvt.com.

About Bard College
Founded in 1860, Bard College is a four-year residential college of the liberal arts and sciences located 90 miles north of New York City. With the addition of the Montgomery Place estate, Bard’s campus consists of nearly 1,000 parklike acres in the Hudson River Valley. It offers bachelor of arts, bachelor of science, and bachelor of music degrees, with majors in nearly 40 academic programs; graduate degrees in 11 programs; eight early colleges; and numerous dual-degree programs nationally and internationally. Building on its 160-year history as a competitive and innovative undergraduate institution, Bard College has expanded its mission as a private institution acting in the public interest across the country and around the world to meet broader student needs and increase access to liberal arts education. The undergraduate program at our main campus in upstate New York has a reputation for scholarly excellence, a focus on the arts, and civic engagement. Bard is committed to enriching culture, public life, and democratic discourse by training tomorrow’s thought leaders. For more information about Bard College, visit bard.edu.

Bard College alum, dancer, and choreographer Arthur Avilés ’87 and Charles Rice-González— cofounders of the Bronx Academy of Arts and Dance—were honored with 2020 Bessie Awards for Lifetime Achievement in Dance: “For being masterful artists. For transforming the South Bronx and New York City dance and performance by creating the Bronx Academy of Arts and Dance. For providing an artistic home for women, Latinx, People of Color, Indigenous folx, and the LGBTQ community and for placing these artists, their communities and their arts-making front and center.” 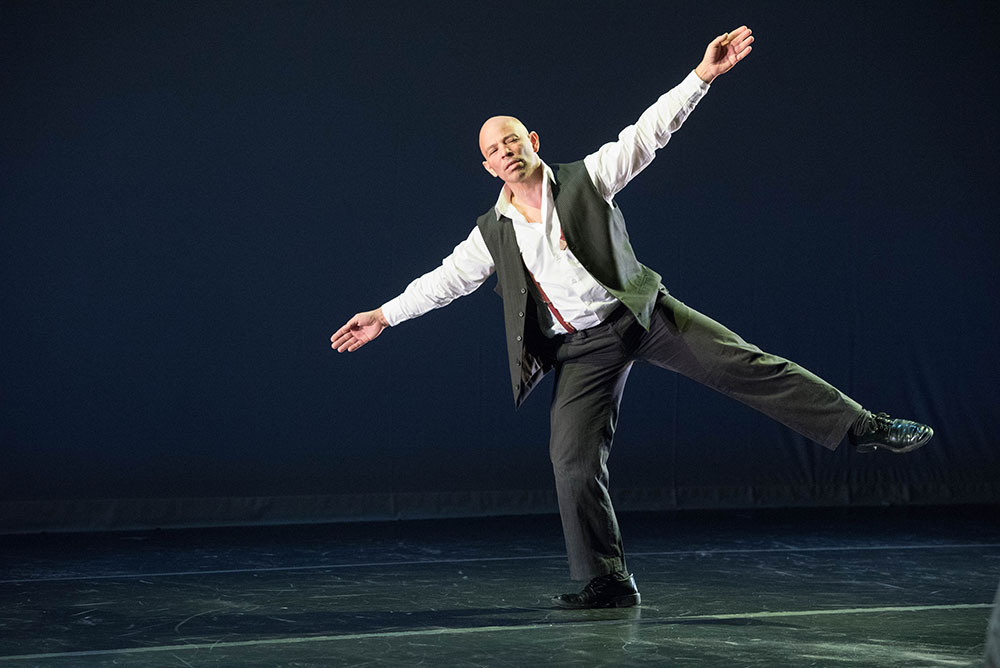 Bard College alum, dancer, and choreographer Arthur Avilés ’87 and Charles Rice-González— cofounders of the Bronx Academy of Arts and Dance—were honored with 2020 Bessie Awards for Lifetime Achievement in Dance: “For being masterful artists. For transforming the South Bronx and New York City dance and performance by creating the Bronx Academy of Arts and Dance. For providing an artistic home for women, Latinx, People of Color, Indigenous folx, and the LGBTQ community and for placing these artists, their communities and their arts-making front and center.”

Read More about the 2020 Bessies