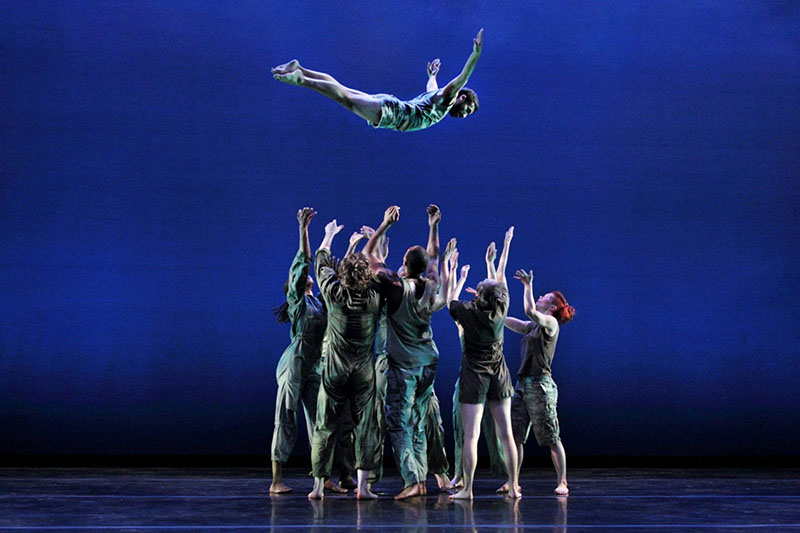 Photo by Paul B. Goode

Each dance major is guaranteed contact with the partnership's teaching artists through the junior compression plan, a yearlong experience that encourages students to immerse themselves in the coursework led by Live Arts. The curricula for Live Arts courses are designed to complement one another, creating a cohesive dialogue between courses. An institution-wide partnership that encompasses all that New York Live Arts and the Bill T. Jones/Arnie Zane Company has to offer, this innovative partnership gives Bard Dance students the unique opportunity to work closely with a world-renowned professional dance company during their undergraduate course of study.  Students also have the exclusive privilege of accessing Company archives, New York Live Arts institutional resources, and the artists and performances presented each season. Extending the partnership to the entire student body, New York Live Arts conducts events and performances targeted for the wider community each semester and insures contact with the Company through a weeklong residency each spring.

(rehearsal excerpt)
The world-renowned Bill T. Jones/Arnie Zane Dance Company, in residence at Bard College, gave a site-specific performance at Fishkill Correctional Facility in Beacon, New York, on May 7, 2014. The Bard Prison Initiative (BPI), which operates one of its six academic programs at Fishkill, invited the Company to perform and meet with students. Bill T. Jones choreographed a new piece for the event, entitled Fishkill / Movements 1 Through 45. This video documents a rehearsal of the Fishkill program.